The Deadline to apply for the Award Tenerife to the Promotion and Research of the Craftsmanship of Spain and America, 2018 and concluded on 30 July 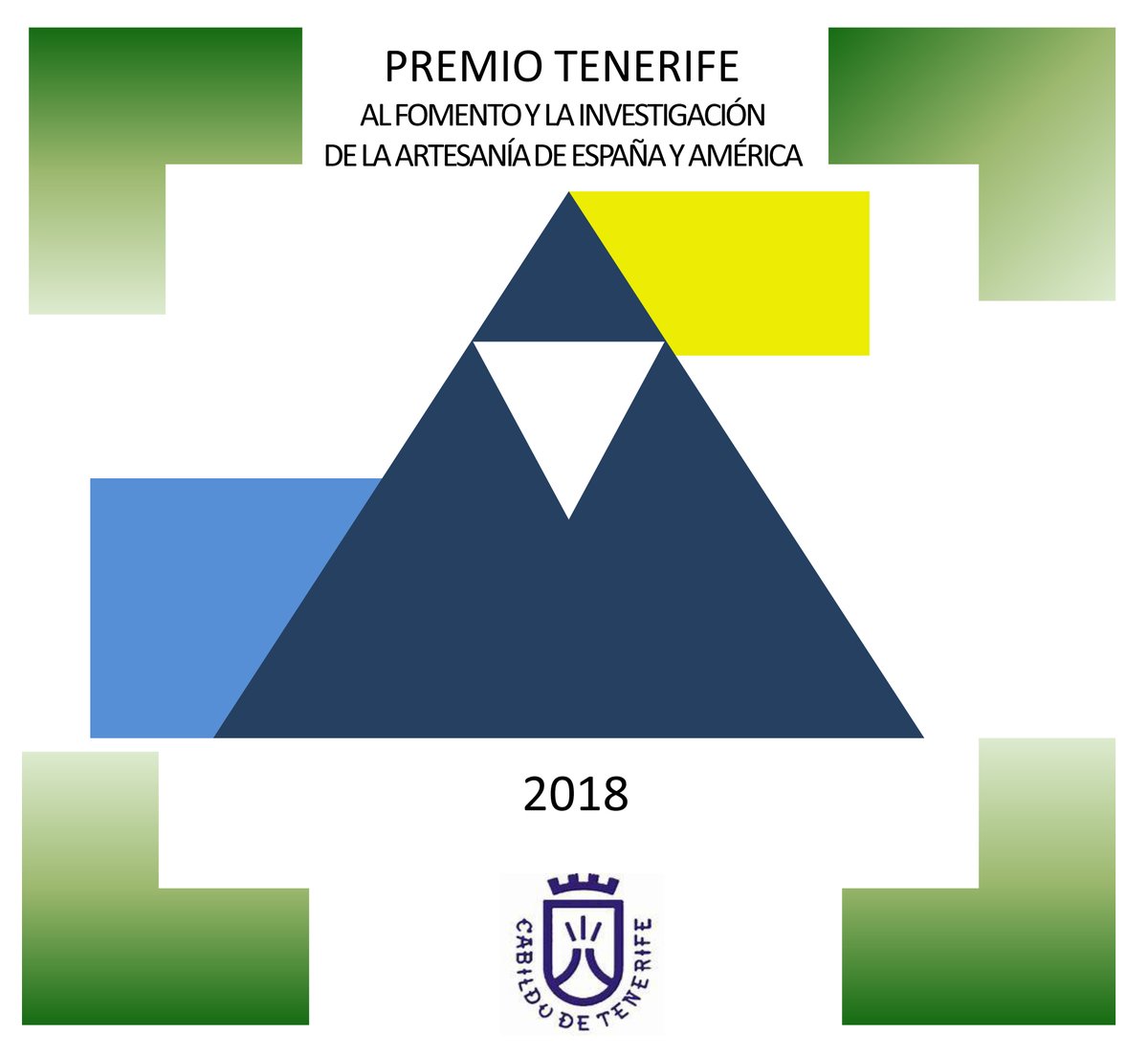 The Cabildo de Tenerife, calls for a further year the Award Tenerife to the Promotion and Research of the Craftsmanship of Spain and America 2018, a line of action aiming to promote the limited research activity in the sector and increase the resources that are available.

With this call, in which the winner or winners will get 6.578 euros, parchment, and commemorative medal seeks to honor those individuals and institutions that stand out for their work and research in favor of the best of the knowledge and development of crafts in Spain, Portugal, and the rest of Latin america.

The vice president of socio-economic council (Cabildo), Efraín Medina, highlights the importance of the Award Tenerife between the researchers from the countries of Latin america and in the institutions related to the craft and the popular cultures of that region. Their importance is supported not only by the high level of participation in each edition, but also by awards such as the one that has recently taken place in Mexico, with a temporary exhibition dedicated to the mexican researchers honored with this award.

Applicants for the Award Tenerife must submit original works that have never been published or awarded in other competitions, in addition to being the result of studies or investigations of their own, or people who are testifying author or authors of the submitted work for the call.

The Award Tenerife to the Promotion and Research of the Crafts in America and Spain corresponding to the year 2018, will be able to choose all the physical and juridical persons or grouping of the same, upon their request, in accordance with what is established in these rules.

The work must also deal handicrafts and folk art from Spain, Portugal and all the countries of Spanish-speaking and Portuguese, contemplating any one of its multiple aspects: research, recovery of handicrafts missing or in danger of extinction, promotion, marketing or other aspects that affect the sector.

The works must be original, not published or awarded in other contests. So, there will be a result of studies or their own research of the person or persons who are declared “author” or “authors” of the work submitted to the announcement and will not be the result of an update or adaptation of an earlier work of the same or other persons.

The work will be presented, written in English, with a minimum length of 200 typed pages, double-spaced, one-sided and with letter “Times New Roman, 12”. May accompany photographic material, sonorous, etc in order to illustrate and complement the text.

May not be the winners of the last five editions of the Prize.

The Award Tenerife to the Promotion and Research of the Crafts in America and Spain, 2018 it will be awarded by the Council of Insular Government of the Cabildo of Tenerife, on the proposal of a Jury to the effect that shall be composed of the following persons:

President:
The President of the Cabildo de Tenerife, or person delegated by the latter.

1. A Counselor or Principal Island of the Excmo. Cabildo Insular de Tenerife, appointed by the President.

2.A representative of the Company Insular de Artesanía, SA

3.Four experts, whose specialties are related in one way or another with the subject of the Award, appointed by the President of the Excmo. Cabildo Insular de Tenerife, on the proposal of the Director of the Island competent in the field of handicrafts.

Secretary:
An official of the Excmo. Cabildo Insular de Tenerife appointed by the President (non-voting).

The Jury correspond to the right to interpret these rules and resolve any doubts arising from the application of the same.

Evaluation of the submitted works

The prize is endowed with 6.578 eurostaxes included. The Cabildo of Tenerife credited to the account of the award-winning the corresponding amount as a withholding TAX. Also, it will be delivered to the winner of parchment and a commemorative medal.

The deadline for their delivery remains open until the 30th of July 2018. The jury of the Award Tenerife 2018 will make public his decision at the end of the month of September.

Delivery of the Prize

The Award Tenerife to the Promotion and Research of the Crafts in America and Spain, 2018 will be delivered on the Island of Tenerife in a public ceremony. 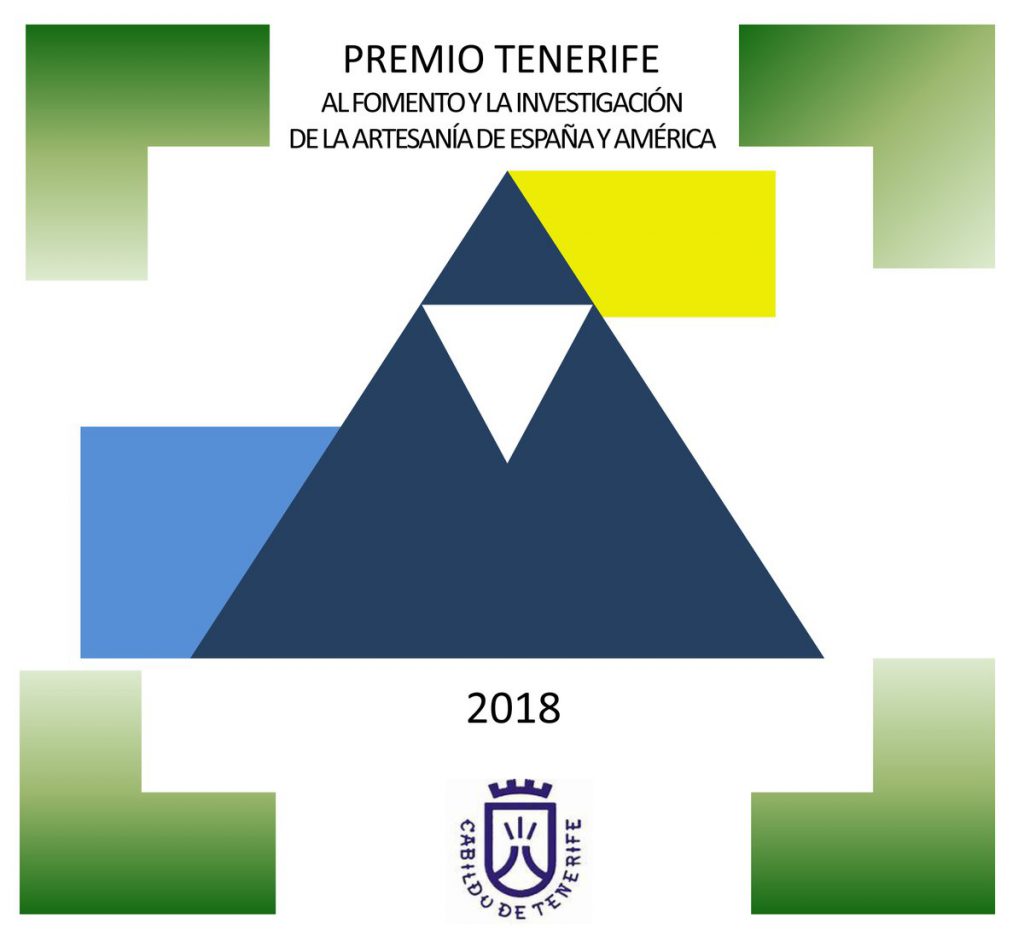 Welcome to the official Website of craftsmanship of the Cabildo of Tenerife.